A VERY HAPPY NEW YEAR TO ALL OF YOU AND ESPECIALLY TO MY FAMILY, FRIENDS AND READERS, DOWN UNDER IN NEW ZEALAND AND AUSTRALIA, WHO ARE ALREADY IN 2009.

This year has been *interesting*.

It's been a year of emotional turmoil, of coming to terms with stuff from my past and letting go. It ended with my husband losing his job due to the current economic climate.

I'm not sure what the coming year will bring. There is the hope of a possible new job for my husband, that will pay more and has great benefits. I have my fingers crossed!!

Whatever this new year brings, I am ready to meet it head on and with far more strength that I had in 2008.

My hopes for all of you, is that 2009 will be easier. That many of your dreams will be fulfilled. That for those of you facing difficulties, your way will be softened by the love and support of family and friends.

I leave you in 2008 with this song from Cliff Richard. It's called the 'Millennium Prayer' and he sang it at the Millennium celebrations in London. What happens at about 2.30 minutes into the song, always brings a lump to my throat.

We have this little lake/lagoon, that's about a comfortable, 10 minute stroll from my place. It's host to a variety of bird life, ground squirrels and much to my consternation, a couple of years ago, rabid bats. Haven't seen any dead bats lying around for awhile, so I'm hoping they cleared up that particular problem.

The word 'rabid' has the same effect on this Kiwi, as 'snakes'. Neither of which I had encountered before coming over here. Well, not quite true, I had met a couple of snakes when on holiday in Australia, however, that is another story and I digress.

Yesterday, was a beautiful winter's day, with the temperatures above normal, so Taylor and I decided that a picnic lunch at the lake would be a nice way to spend it. 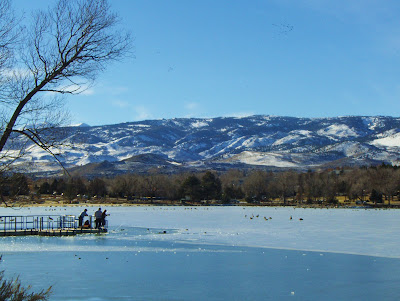 The half frozen lake looked very pretty, with the snow covered foothills and mountains in the background. There were a couple of intrepid fishermen out on the pier hoping to catch the 'Big One'. At the point that I took this photo, even the 'little ones' were eluding them.

Taylor and I sat at a picnic table, eating our lunch and watching this view. The geese provided a comic interlude as they took off and then came into land. They'd hit the ice and give various interpretations of far from graceful skaters :-). 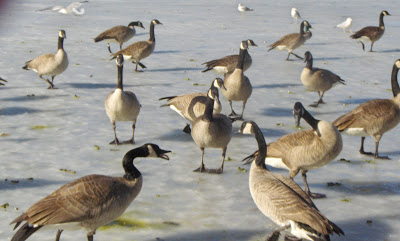 After lunch, we set off for a walk around the lake. A couple were feeding this collection of geese. The geese were getting rather combative over the bread scraps, with lots of hissing,pecking and sliding going on. Not sure why, as they all look pretty well fed !!! 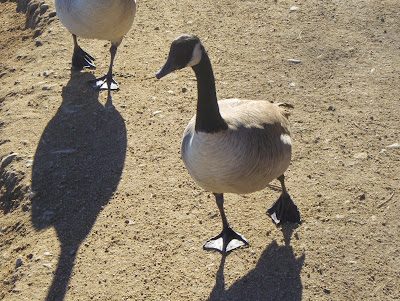 Taylor had a fit of the giggles, at one point, when she turned around and found that we had a line of geese , sashaying along the path behind us. This one was almost on our heels. 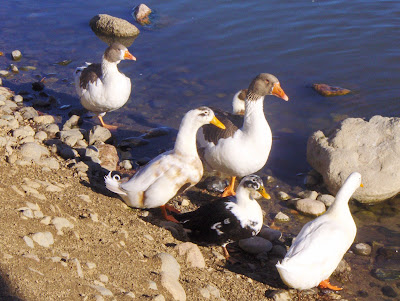 A little family group. Not sure what kind of geese? these are. There's not a lot of them on the lake and they tend to stick together in little groups. 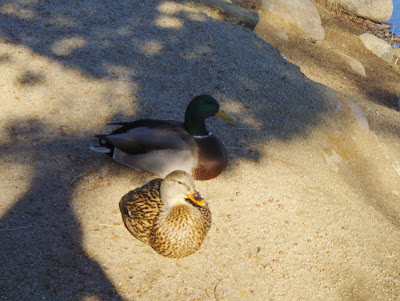 These two, happily sunbathing, let me get quite close ...... 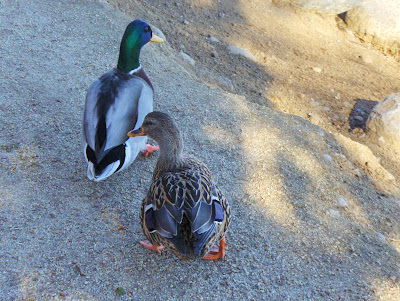 ... before they waddled off to the water. 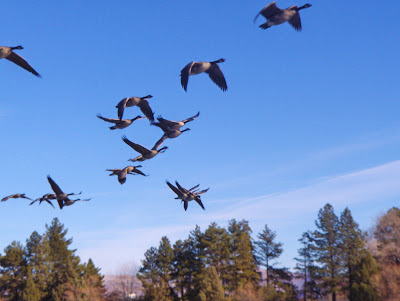 Around 2pm, there was suddenly a great commotion in the sky. Hundreds of geese appeared, wheeling and honking. It was rather amazing to watch. I gathered they'd been out hunting for food or something and were returning to the lake for the night. 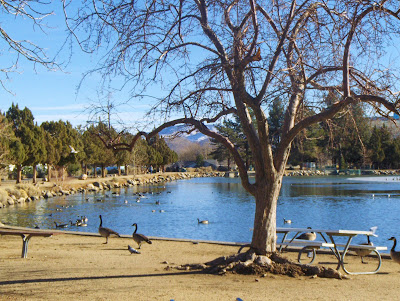 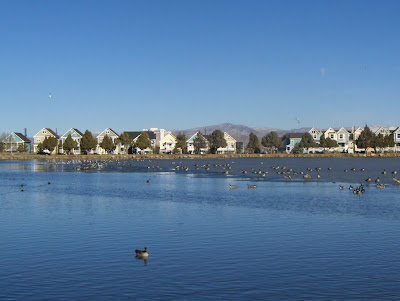 Two of my favourite views of the lake. You'd think those townhouse in the distance, would cost a small fortune, considering the view that they have. However, they are part of an affordable housing development that the city is involved in. 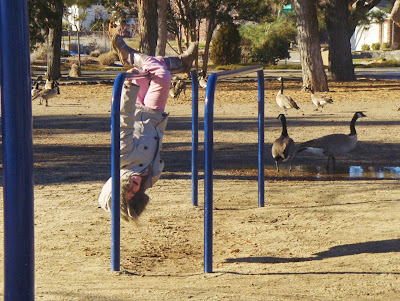 Taylor, red faced and hanging upside down. Like the crossed leg thing that she has going on. :-) 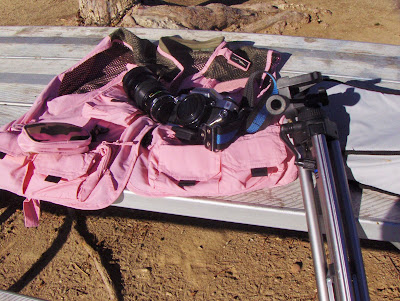 The pink vest is one of my favourite presents. My friends Lori & Shawnee, Taylor's mum & dad, gave it to me for Christmas. It holds all my photography gear and is so much easier than logging around a camera bag. It's got 18 pockets !!

Sitting on top is my 'new' baby. An Olympus OM-G with a 28-85 mm lens. I've decided to go back to photography's roots and master using an 35mm SLR camera.

I used up two rolls of film on our walk, and am looking forward to seeing how they turned out as I'm still learning and experimenting.

You don't get the instant gratification of digital, however, I'd forgotten how detailed using film was. I was looking at the results of another roll that I'd shot. The water looked like silk and you could see all the individual ripples.

I took the above photos using my digital, point and shoot camera and then took the same or similar shot using my SLR. Going to be interesting to see the difference.

I think that sometimes, in this life, we are often in too much of a hurry to stop and observe the wonders around us.

Late yesterday afternoon, the hubby and I took a stroll up to our local Walmart, to deliver a Christmas gift to a friend who works there and pick up the makings for a homemade pizza.

On the way back, we were treated to one of the most awe inspiring sunsets, that I've seen for awhile. 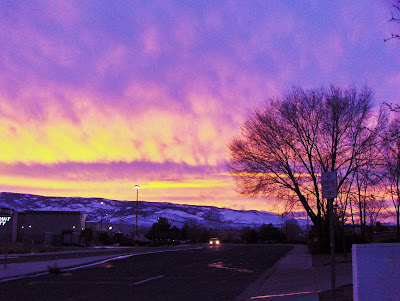 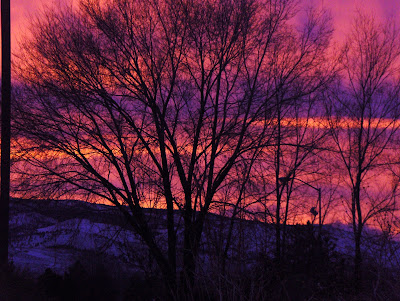 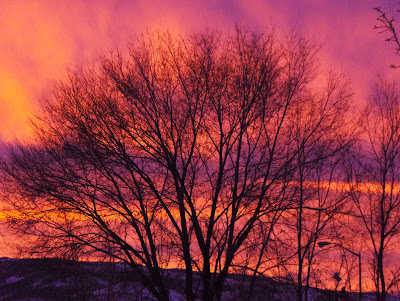 We watched, enthralled, as the sky over the snow covered mountains, went from a few bright clouds to being on fire with the most beautiful pink, gold and orange. It was truely a gift for the senses.

I wonder how much we would have seen if we had been driving. In our hurry to get home, to negotiate the busy road and all the other things that command our attention, I think this would have been missed, or just briefly commented on, if we had happened to glance up at the sky. This morning, it's a memory that brings a smile to my face.

I'm not big on New Year's resolutions. They're often broken or forgotten within a very short time. :-)

However, this is one that I'm going to work hard at keeping. To take more time to watch and appreciate the beauty and wonder that is around me. It may be the obvious, like that sunset. It can also be the lines and wrinkles on an elderly person's face, that speak of years of wisdom, laughter, pain and hard work. An old house that is falling into neglected ruin or the smile on a child's face when they finally get what you've been trying to explain to them.

These are all things that have their own, special brand of beauty and wonder. Sometimes we have to look at them in a different way to realise that. However, it is there if we only take the time to appreciate it.

So what do you find beauty and wonder in ? Are you going to take the time , this coming year, to find it and appreciate it?
Posted by Unknown at 9:01 am 8 comments

I was planning to post these on Christmas Eve as my Christmas post, so this is a little belated. Better late than never :-)

They are three of my favourite Christmas songs from Boney M. I like them that much that I have them on my MP3 player and listen to them all year. Keeps the Christmas spirit alive...


WHEN A CHILD IS BORN (Embedding was disabled on this one. A beautiful rendition)
http://www.youtube.com/watch?v=VZfjIAmfH8w 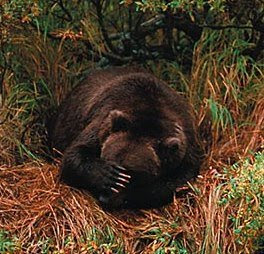 Methinks I've been curled up in a ball, hiding my head in my hands for long enough. Time to crawl out of the cave and rejoin life !!!!

As you have probably guessed, life and my emotions, have been a little tumultuous over the last six months or so. Things became a little more stressful, when my husband's job became a casualty of the current economic climate.

However, there now appears to be glimmers of light on the near horizon and the funk is lifting....

Will be catching up on my blog reading and updating mine over the next day or so :-)

So, can anybody explain an 8 yr old's need to wear roller skates when it's like a sheet of ice outside??? She's currently watching 'Mamma Mia' and trying to disco dance in the darn things!!!

A BELATED MERRY CHRISTMAS TO ALL AND MAY YOUR NEW YEAR BE FILLED WITH BLESSINGS !!
Posted by Unknown at 10:31 am 10 comments